Petra has always been more of a problem eater than Silas. Neither of them are super great with the whole food thing, but Petra is worse. We try to be very hardline dinner is dinner and your choices are to eat what everyone else does or go hungry. We try to make sure there is something on the table that we’re pretty sure P will eat. But what she’s willing to eat changes all the time. One day, she loves hummus and I buy a big thing of it. The next, she can’t stand to even look at it. Same with literally every other food except for Cheerios. She also will often ask for a particular food and then when it’s in front of her, refuse to eat it. I asked her doctor about this last year, and she said that it’s hard to tell whether there is an actual problem or she’s just a preschooler. We’re keeping an eye on it. Not sure how you know when the switch happens from “normal preschooler behavior” to “some kind of issue that needs to be addressed with more than discipline.”

The other night, we had a special birthday dinner for Silas. He requested crab cakes, which he apparently had a sample of at the grocery store last week. So, okay, it’s expensive, but whatever. Happy birthday! Except that Silas ate about 2/3 of his and then declared it “too meaty.” Petra refused to try even a bite, and then threw a fit over it. I told her she needed to leave the table if she was going to fuss, and when she refused, I took her upstairs. We sat on my bed and she cried and cried. “Can I pwweeeeease have something else?” she asked, over and over.

“I’m not cooking something else for you,” I said, “but you could finish your snack from earlier. I put it in the fridge for you.”

So we sat there a long time. Finally, I tried something that works for Silas–imaginary wish fulfillment. “You know, when you’re grown up, I bet you will make yourself whatever you want for dinner, every day. Maybe you’ll even have Cheerios every meal. You won’t have me telling you what you can eat.”

This prompted more wails. “I don’t want to grow up!” she said.

I remembered that the previous night, JC had said something about how the kids couldn’t live with us past the age of 26 (a solid 8 years more generous than I planned on being, but anyway). “Is this because when you’re grown up, you won’t live with us anymore?”

If I thought she was crying before, it was nothing to the torrent of heartbreak that came at this. She had felt utterly betrayed by the suggestion that she might not get to live here in our house for the rest of her life. “Why does daddy want me to leeeeeeave? I don’t want to grow up and leave!”

It was Silas’ birthday. His other birthdays haven’t been hard for me, but this one…I realized that a third of the time we expect him to be with us every day is already gone, and that hit me hard. I genuinely enjoy having them around, and more now that they aren’t babies and can do some things for themselves. And Petra feels that, too. The way time moves inexorably forward, and we have no choice but be carried along.

What an impulse, what a desire, to live frozen in a happy moment. It’s a good sign, I suppose, that she’s enjoying her childhood. I’m happy for her. The idea that she’s mourning the moment before it has passed, though, this nostalgia for the present, is such a strange and surprising thing to see in a small child.

As I held Petra, and I felt her sobs at the betrayal of being threatened with eviction in two decades and more, I realized that I will never be loved as perfectly as I am by my children, especially right now. My love for my husband is different–we know each other’s faults and have been through lots of pain and have chosen love. Children don’t choose to love their parents, and, for the most part, especially when they are young and cared for, they don’t question it. Maybe this is why so many people mourn their babies’ growing up. Maybe they want to freeze time in that moment when they are the center of the universe for a tiny person.

When I hear Petra insist that she doesn’t want to grow up (as she has been doing, regularly, for over a year), the superstitious pit of my stomach turns to ice. I’ve known too many children who didn’t grow up, who are frozen in time at two months, or five years, or twelve. I don’t say that I’m sad about my children growing up, because I know many families who didn’t get to see that. I don’t round up their ages, ever, and I’m uncomfortable with celebrating birthdays early, as we did out of convenience with Silas this year. It’s magical thinking, but knowing that doesn’t change it. When I look at my children and their perfect love for us, no part of me wills them to always have it.

Yet the strength of it sometimes is enough to knock me over. 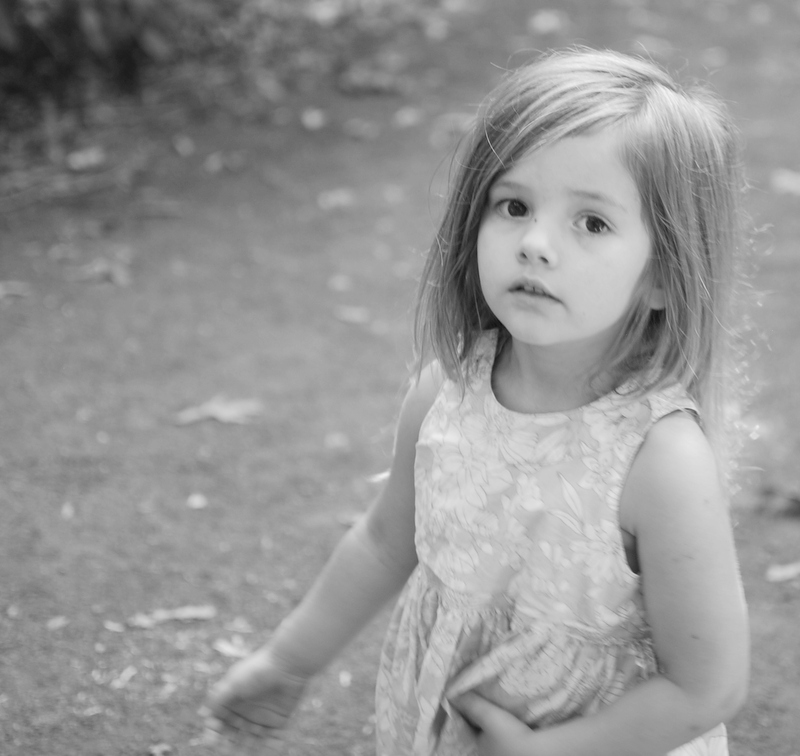 We tease Petra sometimes because she still has a bit of baby talk in her voice, but she’s also so smart and practical, it’s like having a tiny adult around. She insists rather frequently that she’s a big girl, but her l/r/w problem and the slight misformation of her vowels makes it sound just like “bagel.” “You’re a bagel?” we say, “I thought you were a big girl!” She thinks it’s kind of funny, too, if frustrating.

Hers is the dilemma of happy person; she wants to grow, to change, to be big. She fears it, too.