When you ask someone for their favorite parenting tip, they don’t come up with the stuff that is real. Put on the spot like that, they’ll produce some random, possibly helpful, cliché. I once attended a baby shower where one of the activities involved each guest writing down her best parenting tip. Out of a dozen women, I think I was the only one who did not put “sleep when the baby sleeps” (an irritating piece of advice, in that it presupposes that your baby sleeps at all, which was not the case with Silas, and that you don’t have other children to care for).

The parenting tips you want are not those ones, produced on command. No, you want the ones that people spontaneously throw out there while they are going about their daily lives. Today, two of JC’s sisters were visiting us. They don’t have kids yet, but might, someday. As we were hanging out, I noticed that Petra suddenly has a nursing blister. “Look at this–I want you to see what’s going on with Petra,” I said. “This is a nursing blister. It is normal for breastfed babies. Don’t do what I did with Silas and call your doctor’s office all freaked out if one of your babies suddenly has weird lips like this. Also, don’t put Chapstick on babies.” If someone had asked me for parenting advice, would I have come up with this little piece of information about nursing blisters? Never. But I wish someone had mentioned it to me. I was concerned when I saw Silas’ lips all puffy, and I could hear the nurse I spoke to at my doctor’s office rolling her eyes. No kidding, an audible eye-roll.

Once, when I was in college, someone (and I wish I could remember who it was!) mentioned that she always kept a little thing of bubbles in her purse, because it was the best tantrum cure ever. This, my friends, is one of those awesome, off-the-cuff, unsolicited, and real bits of parenting advice. 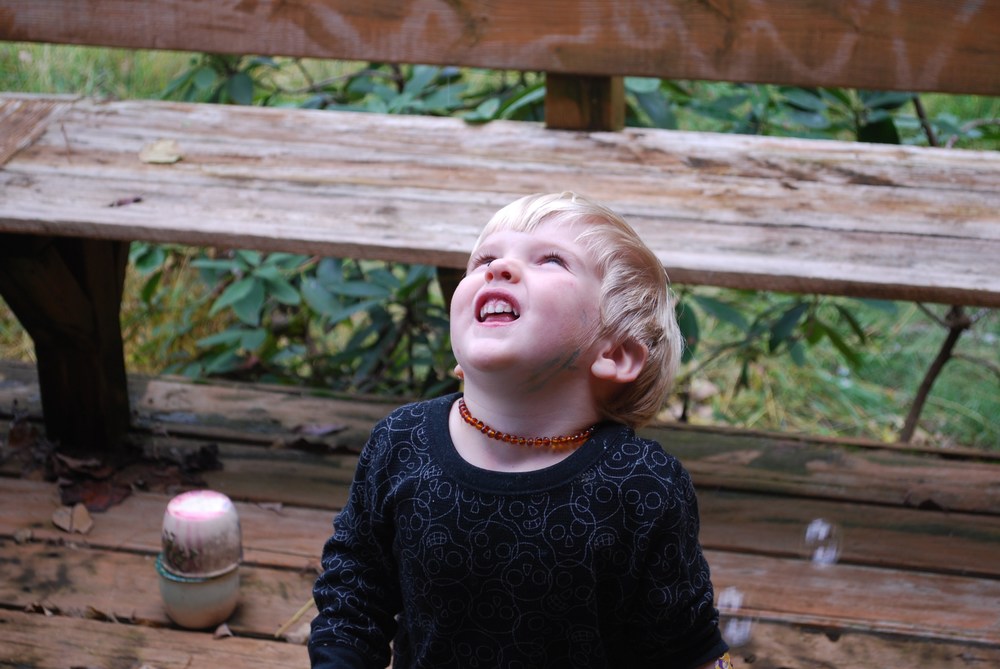 If the kid is old enough to blow bubbles, handing over the bubble wand will give him a chance to take deep, controlled breaths. It’s much more effective than saying, “Take a deep breath” to someone who is hysterical.

If the kid is too little, it still works because…who doesn’t like bubbles?

For years, I carried bubbles in my purse, too. I stopped a stranger’s toddler in the midst of a cereal-aisle meltdown. I brought a preschool Sunday school class to attention. I entertained friends’ children when restaurant food was taking a hair too long to come. I love bubbles.

The other day, Silas was bored, tired, and cranky. He’d only had a short nap and it was too late for another one. He wasn’t upset about anything in particular. He just wanted to whine and fuss. JC tried to take him outside so I could feed Petra. Silas wanted none of it. “Take some bubbles,” I said. 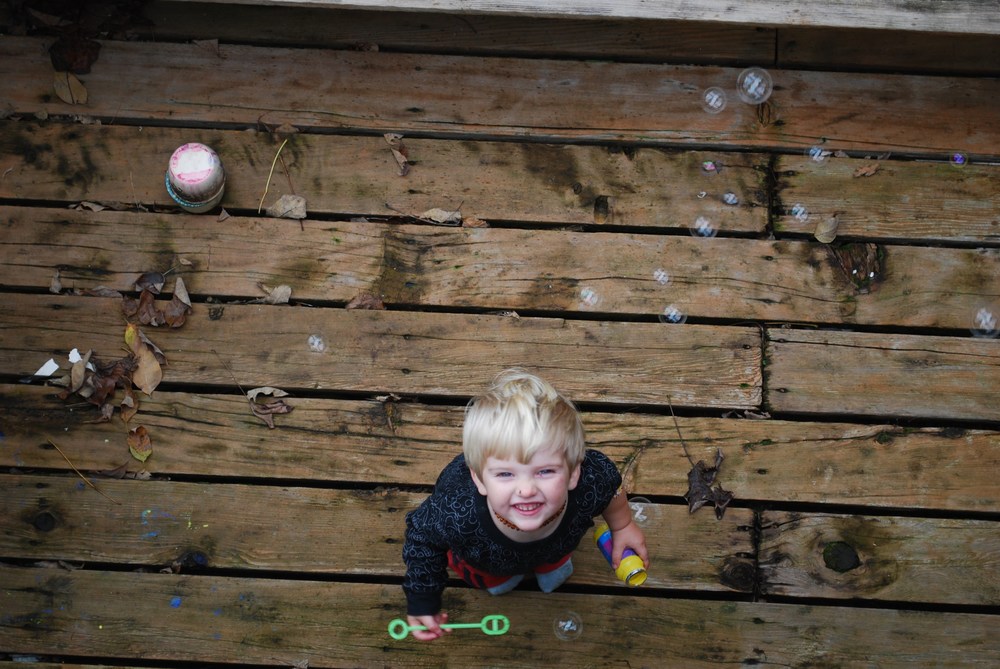 Silas tried to blow his own, and did okay until he got frustrated with it. I reminded JC about the bubble machine we got Silas for his birthday. He filled it and put it on the upper deck. 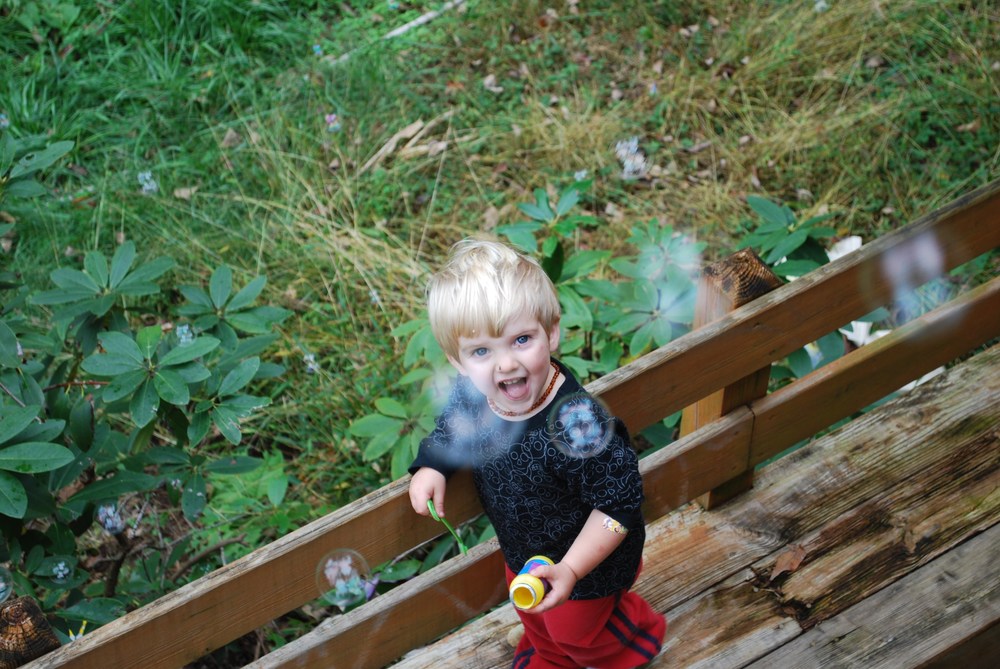