Have you got a letter in your bag for me? 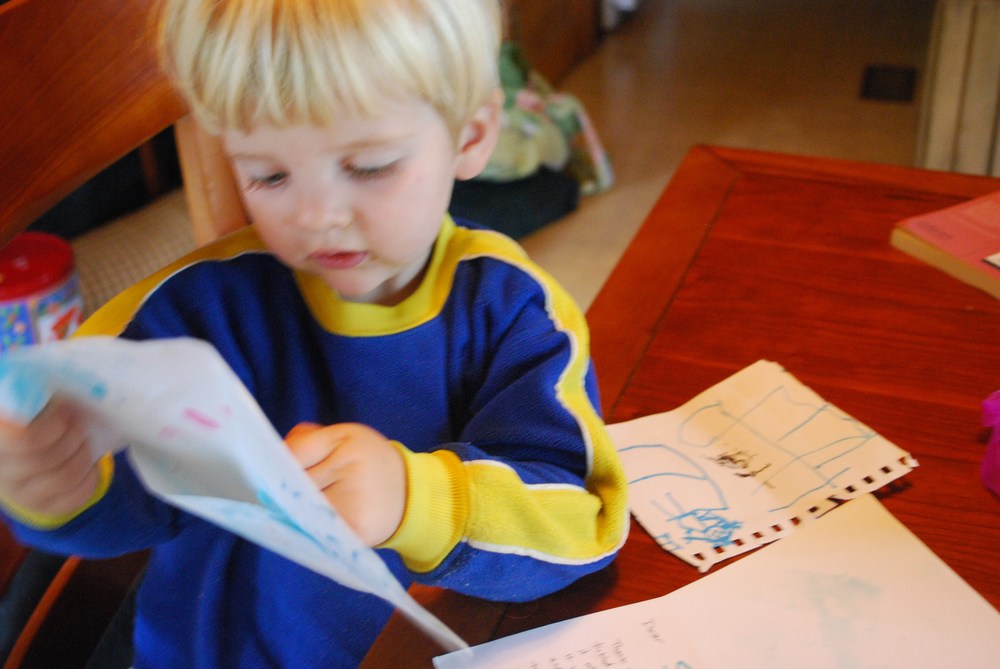 Silas has gotten a lot of mail since his little letter-writing campaign. Of course, his birthday was this past weekend, but before that, he got a lot of responses to his cards.

He’s thrilled every time there is something in the mailbox for him.

Apparently, so are other kids. His cousin’s mom wrote, “Tell Silas he started something. 🙂 After getting the card from Silas, [O] made and sent a half dozen out too (including one back to Silas, should be there in the next day or two). One of the little girls she sent one two was THRILLED to get REAL MAIL with her name on it, and has now done the same thing. 😉 Well done, momma bear, well done. ;)”

Another friend’s mom told me, “Silas’ card had a place of honor on [A’s] desk for a week. She was really excited to get mail addressed to her.”

These reports warmed my heart. 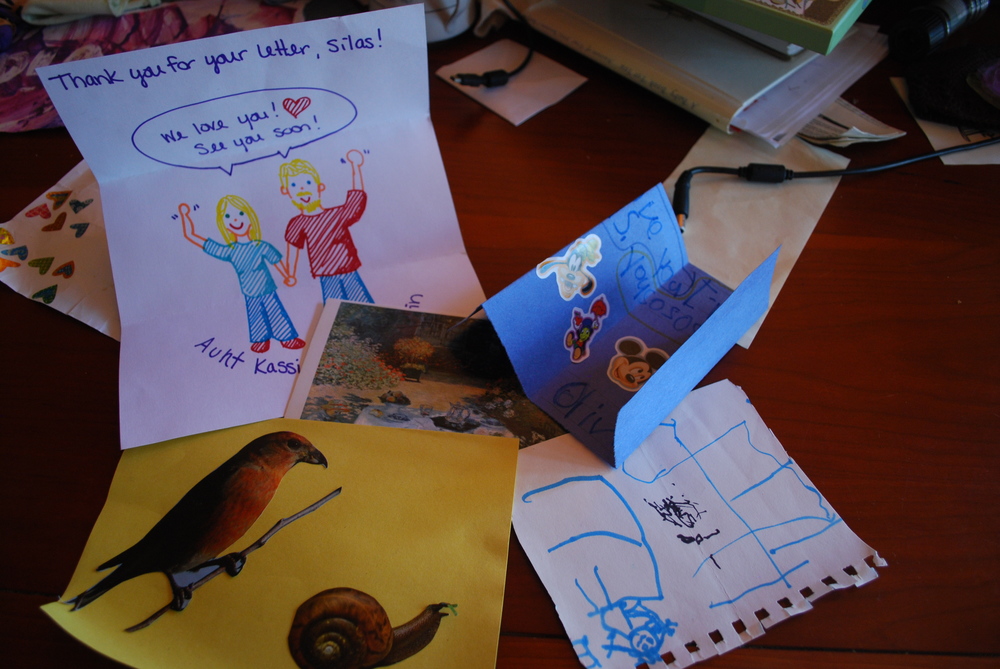 As for Silas, this rush of mail hasn’t changed much of anything. 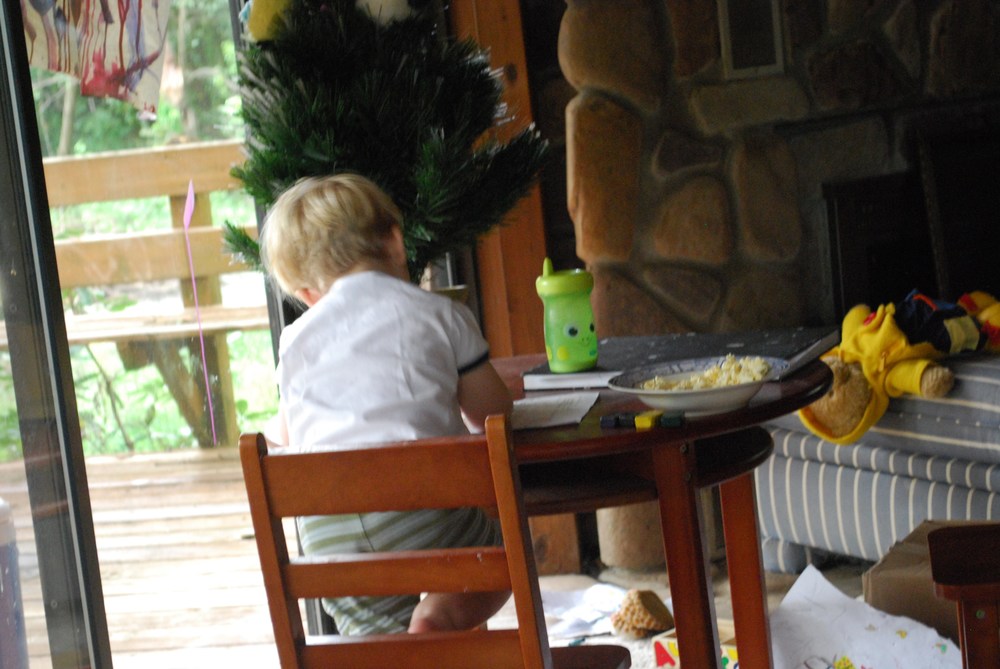