Silas is really into books with illustrations by Gyo Fujikawa right now. Her illustrations are incredibly beautiful, and the texts of the books that she authored as well as illustrating are simple, yet warm. She has a child’s eyes. He owns Sleepy Time,  and, while he is totally entranced, I’m kind of…over it. So I ordered a whole pile of them from the library–pretty much everything they had that she was at all involved with, and he completely latched on to Are You My Friend Today? Specifically, he was entranced with a page that showed children making cards, sending them to their friends, and then racing to the mail box to find it stuffed with responses. 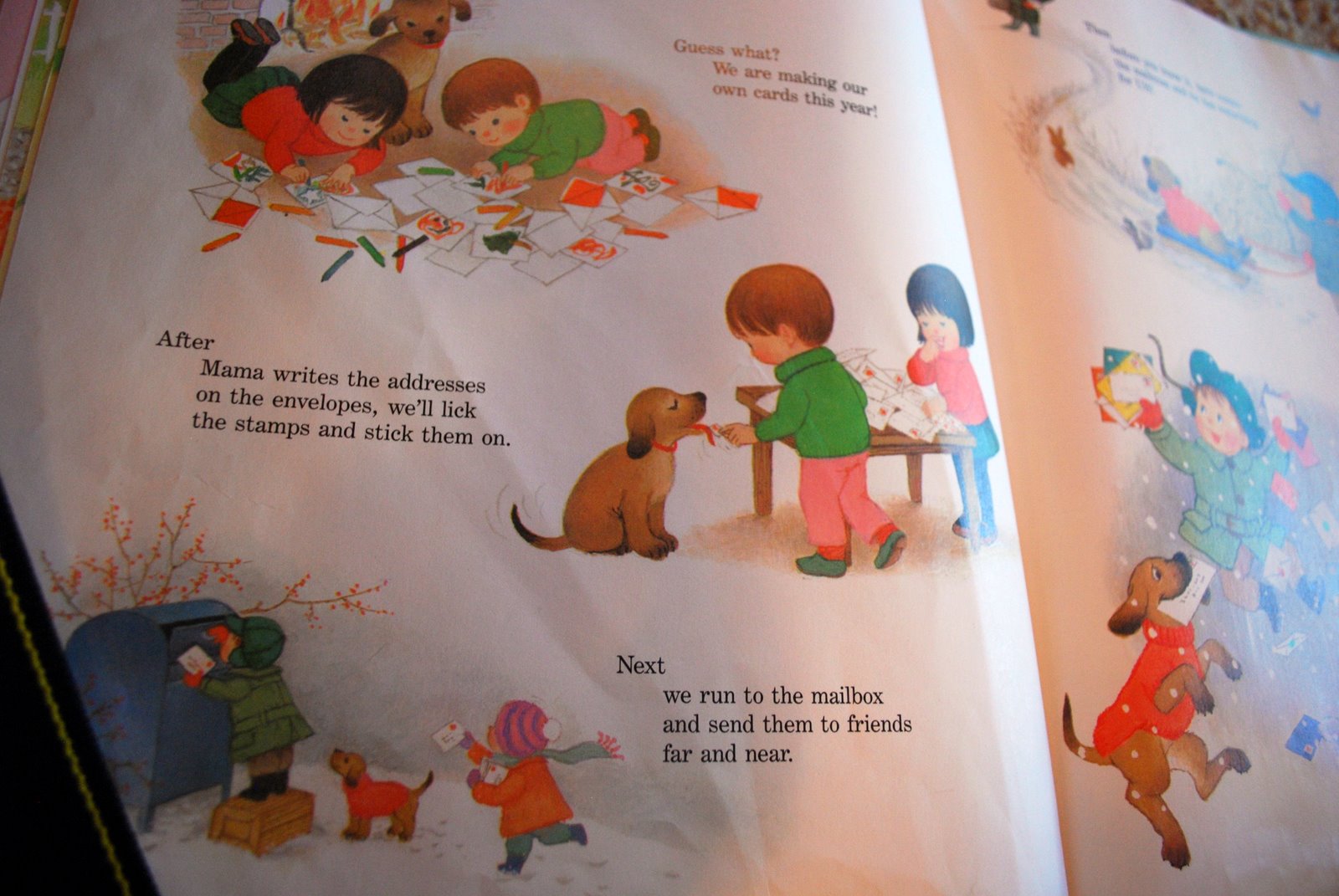 He kept saying, “Send cards friends? Send cards Oh-eee-vah [Olivia]? Send cards James? Send cards Anni?” So one day, I cut up a big sheet of paper that he had covered in his doodles and wrote a list of all the friends he wanted to send cards to. While I addressed envelopes (and enclosed an explanatory note!), he embellished them a bit more. 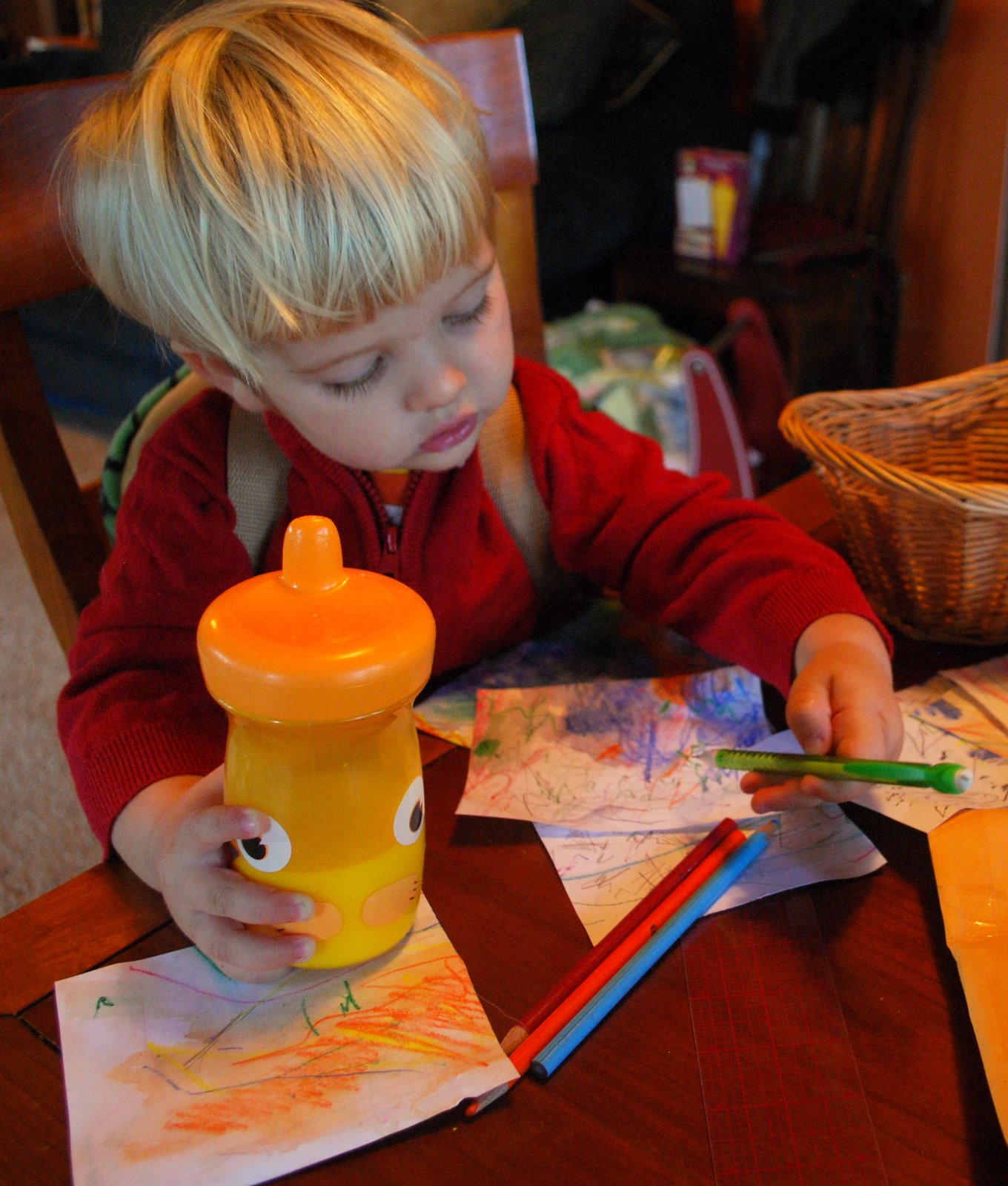 I showed him each envelope, saying, “This one is for Uncle Bonkers. Which card should we send to him?” Then Silas picked a picture, and put it in the envelope. He needed a little help at first, but eventually was doing it by himself. 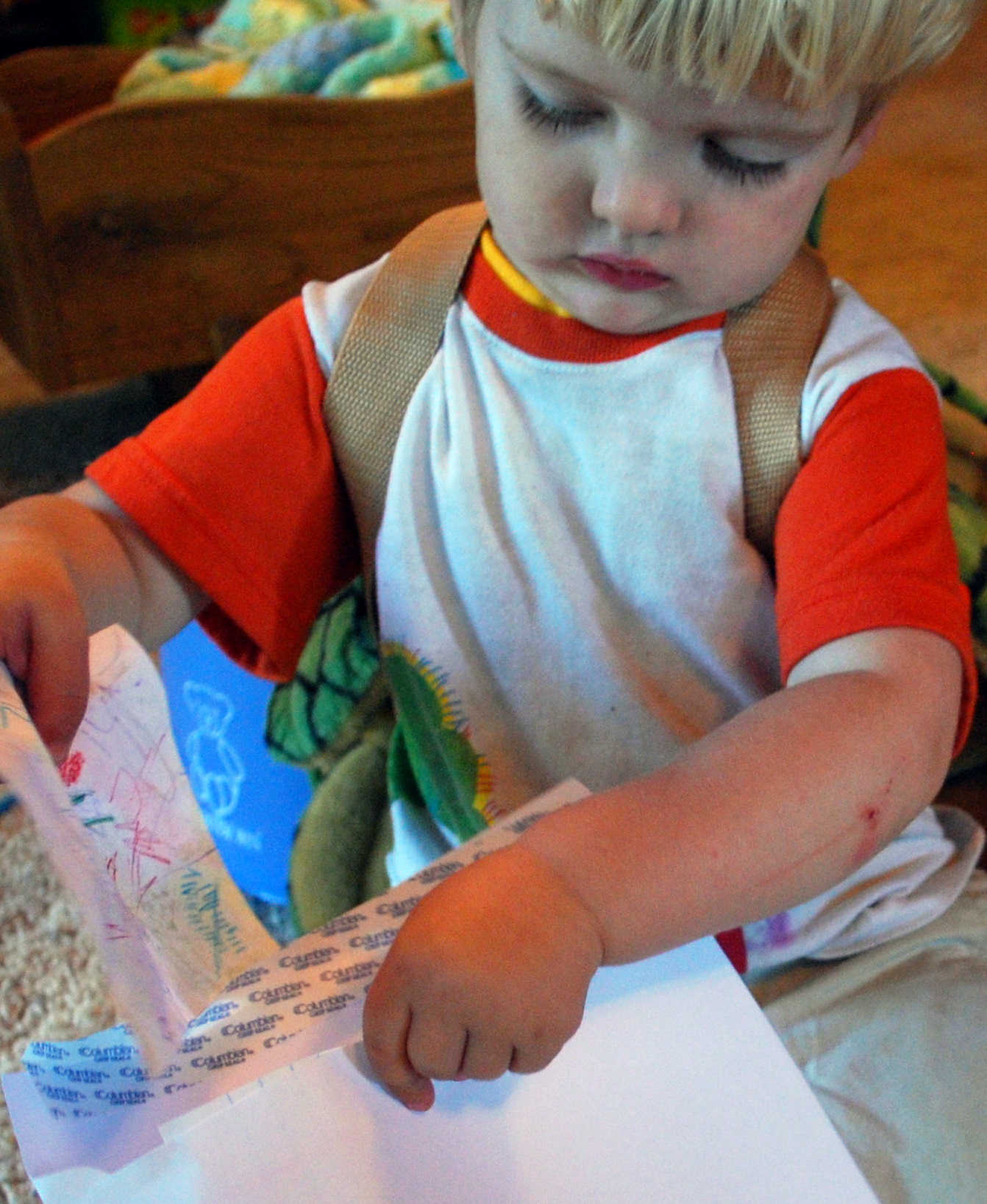 I showed him how to peel off the paper on the envelopes to expose the sticky part, and seal them. He liked that so much that he nearly forgot to put cards in all the envelopes. Then he picked out the stamps and put one on each envelope. As it happened, I had exactly eight stamps left on the sheet, and eight envelopes. He seemed to understand that only one stamp went on each one, although he was mystified by the fact that the stamp has to go in a particular SPOT on the envelope.

Then we loaded the letters in his turtle backpack and walked the half-mile to the mail box. 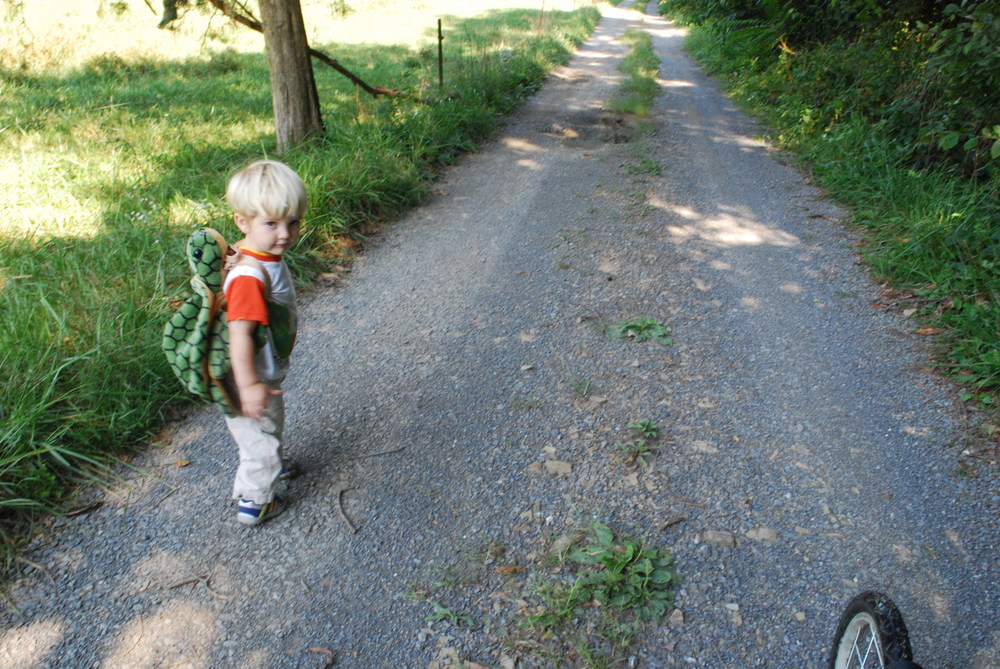 He was too short to reach the mailbox, but he was pretty pleased with the whole experiment over all. 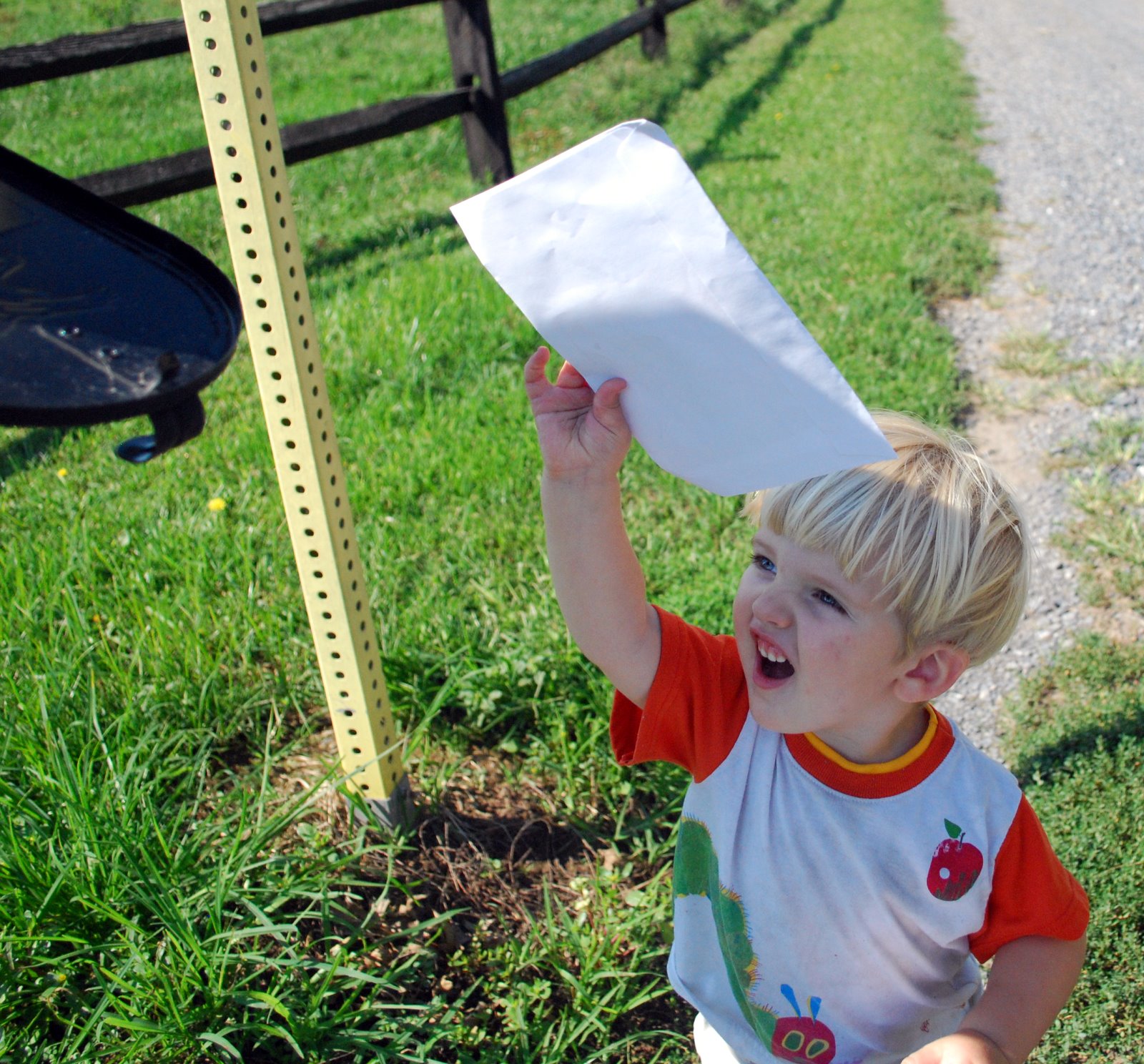 I think it’s really fun when he sees things in books and then wants to do them. I remember doing that as a kid. I read a book once, though I don’t remember the title, where a boy makes little fairy houses out of bark and twigs and moss, and I went through a phase where I did that all the time. And, of course, there was the incessant re-enacting of Little House on the Prairie, which lasted longer than it probably should have…I still have moments when I think to myself, “Oh, this is how Laura and Mary did it!” I know it’s nerdy of me, but I love that Silas is turning into a bookworm, too. I really understand, now, how my parents must have felt when they wanted me to do something besides read (like, say, brush my teeth), but I also can really empathize with Silas because I remember what it was like to be so absorbed in a book that the idea of doing anything else was impossible.