Before I put Mom on the plane back to Virginia, we went to visit the Frederik Meijer Gardens. Silas and I had been there once before, when they had an amazing butterfly exhibit.

The butterflies won’t be arriving until after we’re gone this time, but we did manage to catch their Christmas stuff before they took it down, and it was amazing.

They had Christmas trees with decorations from different countries, and little information signs with a tidbit about the Christmas/winter holiday traditions in each place.

In the rainforest room, they had lights strung up in the trees–I think they said these were from the Philippines?

My mom asked that the kids take pictures with her…which happened, with mixed attitudes.

The desert room was surreal–there weren’t many lights, but the cactus with the icy backdrop seemed so strange. 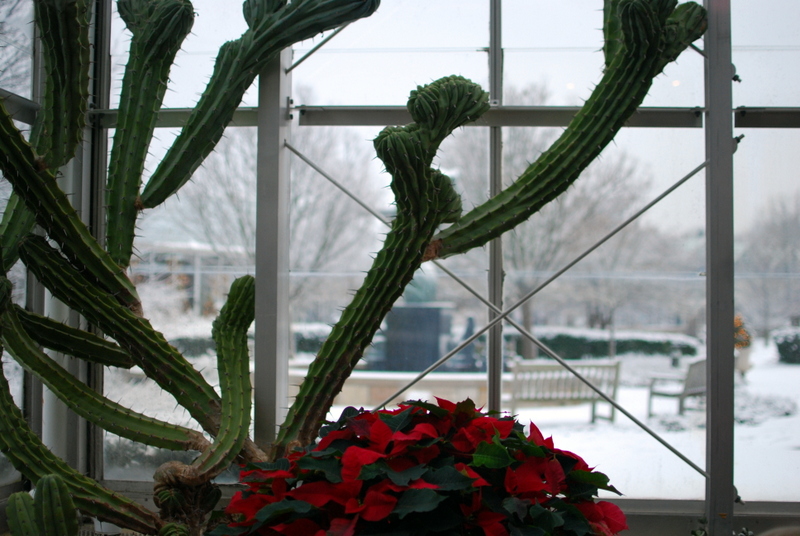 Silas was quite excited about the scavenger hunt they gave the kids. It included high-quality photos of various items, and he found pretty much every one. 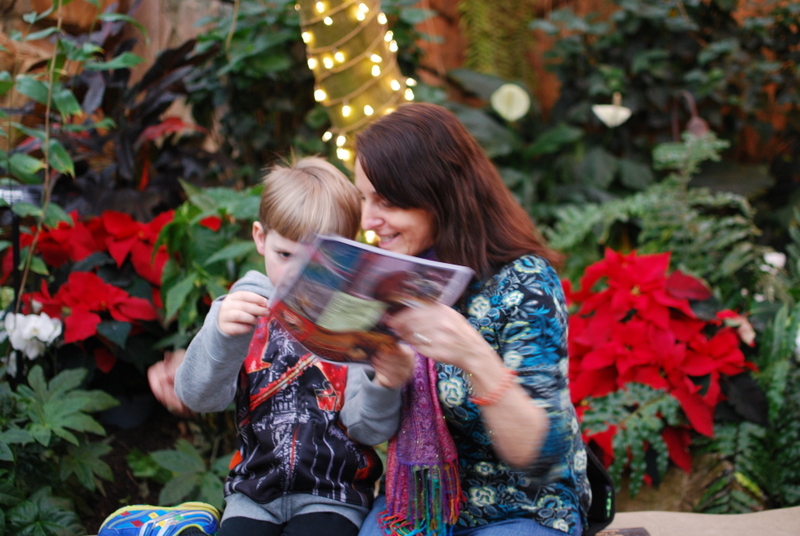 Petra was quite taken with the Japanese-garden-themed kids’ play room, ironically called “The Tranquility Zone.”

But by far, the very best thing was the exhibit in the Victorian room. There were train tracks laid all through it, and little buildings, but the buildings were made entirely from natural materials–even the translucent windows. They featured famous buildings in Grand Rapids as well as a building from each of its five sister cities around the world.

I was so fascinated by them, I asked a docent where they came from. She told me that they were produced by a man called Paul Bussy, whose small business, Applied Imagination, makes these little models for gardens all over the country. I checked out their website–the photos and videos are completely enthralling. If you live in a city of any size, it’s probably coming to a botanical garden near you–check out his exhibition schedule. Absolutely worth seeing in person.