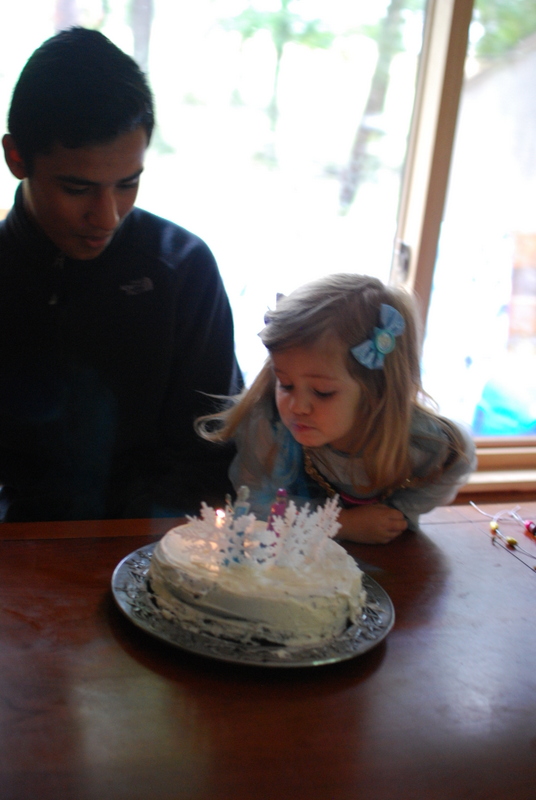 Over the past six years, Carlos has forgiven me my many failings. But I don’t think he’s ever quite forgiven me for not waiting an extra two days to give birth to my daughter. They are very nearly birthday twins, born two days shy of ten years apart. This year, we had a joint birthday dinner for them, on the day between their birthdays, although, of course, Petra got to set most of the agenda.

Which is why their birthday cake looked like this: 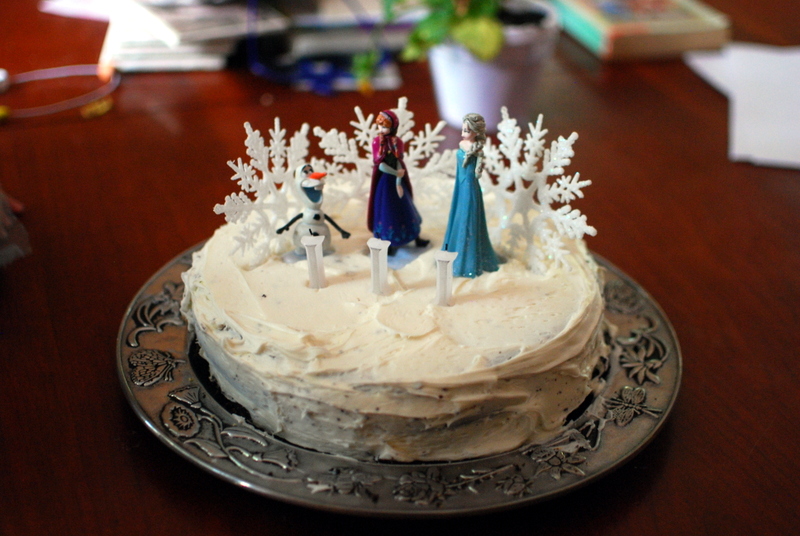 And is why she got a stack of presents, and he got a game. Don’t worry, his mom had him covered, I’m sure including a very masculine, teen-worthy birthday cake. Petra and the cat were both quite pleased with this one, though. And each of the kids got one of the figures on their piece, although Carlos very sweetly let Silas have his Olaf. 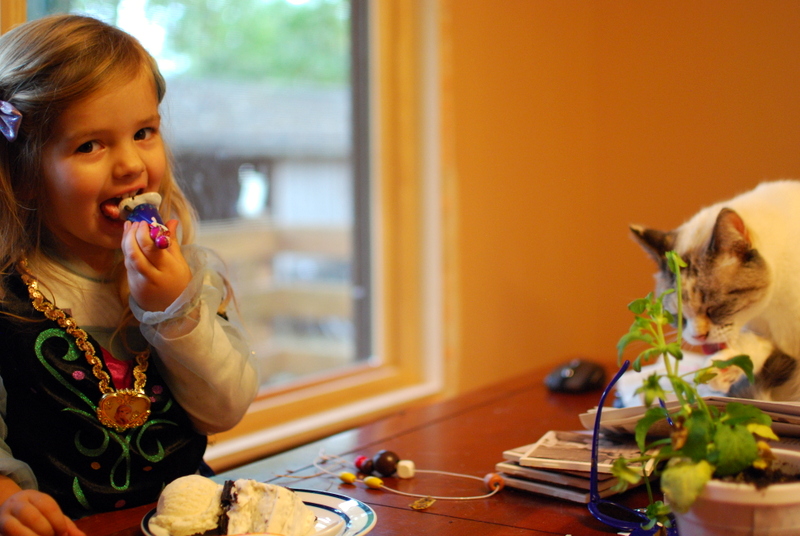 Because this was Silas’ year for a big party, and not Petra’s, we just had a low-key sort of evening. She selected the dinner menu (tortellini and garlic bread), cake decorations (“I want to have a Frozen party JUST YIKE SIWAS.”), and entertainments (“I can play with my new toys now?”). 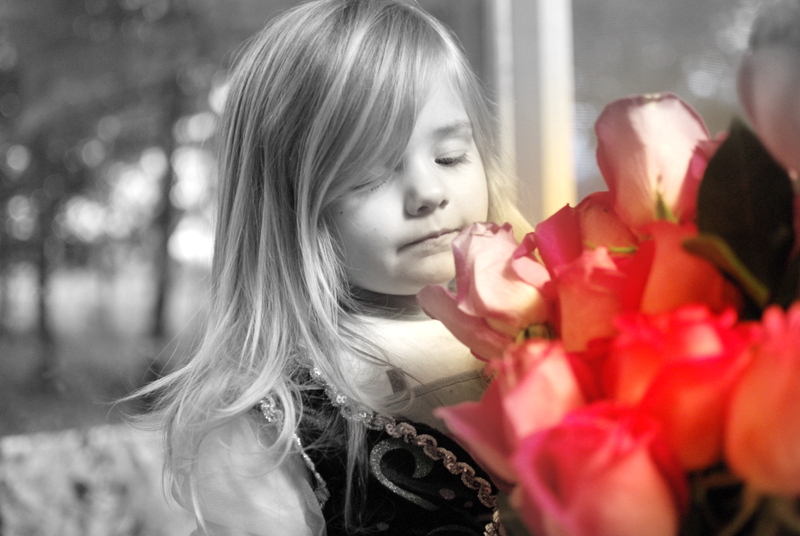 Every time we’ve gone to Costco for the past several months, Petra has pointed out the flower stand and said, “For my birthday, I want to get those pink roses.” So we made a special Costco run pretty much just for that. She was thrilled.

It’s actually fun having a kid who finally understands the concept of opening presents. She was so delighted with every bit of it–with us singing happy birthday, with the paper tearing, with the gifts themselves. So much better than previous years, when I had to “help” unwrap things and explain that no, she can’t have her birthday again next week, and all of that. So nice that she just gets it now.

The Big Present this time was a *new bike*. Well, new-to-her. We took apart Silas’ old Skuut, sanded it, primed it, and painted it. Then added glitter and clear protectant coat. I think maybe Silas has figured it out, but Petra certainly hasn’t. She is THRILLED with it. Totally in love.

Three and thirteen…I think this year is going to be awesome. 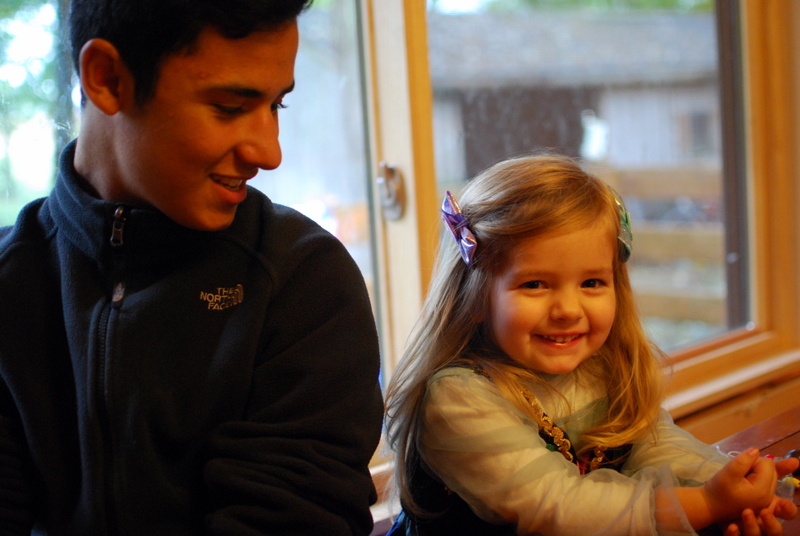