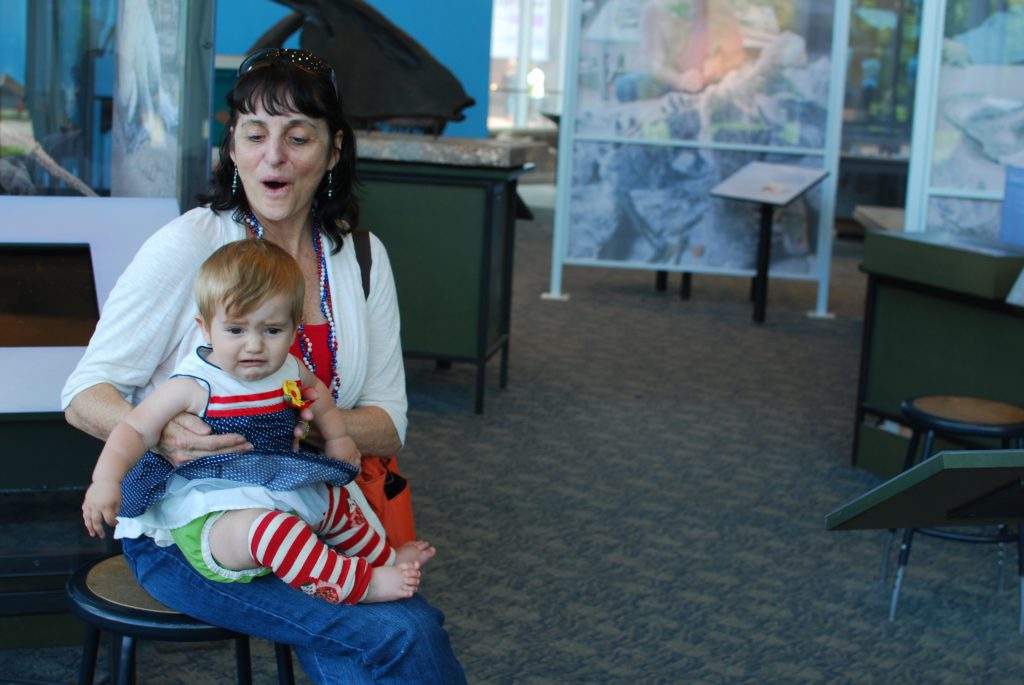 I was recently invited to write for a blog carnival on parenting taboos with the theme “I miss my life,” all about the stuff that you lose when you become a parent. I didn’t end up doing it, because everything I wrote felt whiny–and also because I have a few good friends who are struggling with infertility, and I couldn’t imagine them reading some “blah blah I miss sleeping and going out whenever and not dealing with poop yada yada” post. They probably miss not having any idea when they are ovulating, you know?

When we were on our trip to Maryland, though, I had a revelation, something I do totally miss–and that is judging parents. Judging mothers is, in case you haven’t noticed, sort of the national pasttime (baseball? Baseball has nothing on mom-judging. Baseball has, among other things, a limited season). Since I had my little cherubs, I just can’t participate any more. I didn’t realize how much I did it until I stopped. I think that, when people become parents (mothers, especially), they have to chose between going all-in on the parent-judging game or fold ’em. I know when to walk away.

When Petra was shiny-new, I had two moments in the same week where other moms assumed I was judging them. One changed her son’s diaper during a playdate and said, rather apologetically, “I just couldn’t do cloth. I thought about it, but…”

I knew why she was a bit embarrassed–I had given her a book on cloth diapering before the baby came. I said, “Whatever is getting you through each day, that is what you should do.” And I sincerely meant it.

Another lady grimaced while shaking up a bottle of formula. “I tried nursing, but he had a tongue-tie and I didn’t have time to pump at work and…” I hadn’t said anything about her choice of how to feed her baby, but she felt like she needed to explain herself.

“Whatever is working for you is fine,” I said. I meant that, too.

We all assume that people are judging us, and we’re almost always right. Judging other people is super fun! Schadenfreude is the best! And of course, we’re all above average (as are our children).

I don’t think that everyone should be a parent, and I respect people who have the maturity to know that parenthood isn’t for them. I wish people would stop hassling my child-free friends about when they are going to have kids–either they are trying and it hasn’t happened yet, or they have searched their soul and decided that this is not for them (or at least, not yet). Still, I sometimes wish that everyone could experience parenthood, just so they could give their own parents a little grace. I now know, in a way I could not have before children, that the fact that I lived through teething was a conscious decision on my parents’ part, perhaps one they reconsidered on a minute-by-minute basis.

One’s hypothetical children are always more charming, neater, quieter, easier-going than any real children. If you tell yourself that you are being realistic in imagining them, you are wrong. One’s blog children are rather like this, too, and that’s why I’m sharing a picture of Petra doing what she spent most of Friday and Saturday doing–losing her mind if I wasn’t holding her for OMG SERIOUSLY FIVE SECONDS.

I’ve gotten used to the level of silent scoring people do every minute in every public space in Harrisonburg. I hardly notice the looks people give me anymore. In Maryland, though, especially in Columbia, they have a more extreme standard. I felt the glares and stares all over the place. Parenting is a higher-stakes sport in metro areas, at least among the middle class. I found myself at a total loss as to what I could say when making banal play-area conversation. I let Silas climb too high on the playground! I didn’t have Petra–who is eight months old–in any enrichment activities! Nursing Petra in the mall, I got to hear, “You know, it used to be that they’d make you go to a special place to do that.”  I told this anonymous commenter that the “special place” would have been the bathroom and also that Maryland state law allows me to breastfeed anywhere I am allowed to be, and isn’t it nice how far we have come? She looked at me…closely, if you will, and said, “Well, it’s not like you can see much of anything anyway.” Yes, this is true. And you see even less if you are minding your own business.

I’m too comfortable in Harrisonburg, maybe, where I’ve only ever even heard of one person being harassed for nursing in public. I usually get positive comments, or none at all.

The best/worst was when we were in a library, just hanging out, and there was a tornado warning. A librarian got on the PA and told us all to move to areas away from windows. The only spot without gorgeous skylights was the teen corner, so we went there, along with all the other library patrons. Silas got excited about the comic books, and Petra started screaming–maybe the air pressure from the storm was hurting her ears? I decided to nurse her, just feet away from some teen boys (who were paying no attention to me, as they were looking at some girl’s sexy Facebook pictures). I even covered up, which I practically never do. I didn’t have much choice–I couldn’t go anywhere because there was a tornado. If I hadn’t nursed her, she would have been screaming in the library. Still, a lady was glaring at me. She would have glared if I’d let the baby scream, too (in the library, shhhhhH!).

When Silas was in his last hitting stage, Bethany gave me the best gift ever. She looked me right in the eyes and said, “This is a stage that every kid goes through. It does not reflect on him or on your parenting.” It was a reminder that every moment, we see only a slice of each other’s lives. We don’t have context to know if this is the first time a child has hit, or if his parents have been working on it for a while. We don’t know if he had his nap yet or if his mom is just getting over a time of being sick and lax about discipline because she just needed to get through the day. We don’t know anything about each other, and offering grace is the best thing we can do.

I’m not entirely over judging other parents. If you are beating your kid, starving him, lying to him, yeah, I’m judging you. If you are decamping to Hawaii to have your baby in the water with large predatory animals, yeah, I’m a bit concerned for your sanity. But mostly? I’m over it. This game isn’t fun for anybody.