I tried introducing Silas to glitter. It was love at first sparkle.

I wanted to do something where he would paint with glue, then shake some glitter, and then I could pour it off into another container. Well, he was really not into the glue. He didn’t seem to understand that the glitter would not stick where he didn’t have glue.

They came out pretty neat anyway. One looked like red, silver, and blue fireworks. I sent it to my Granny, who used to take me to the Fourth of July fireworks when I was a kid. Most of the glitter fell off in transit…she described what remained as “seal’s heal with a whale’s hump under a bright blue sky.” Apparently, you shouldn’t mail glitter art. 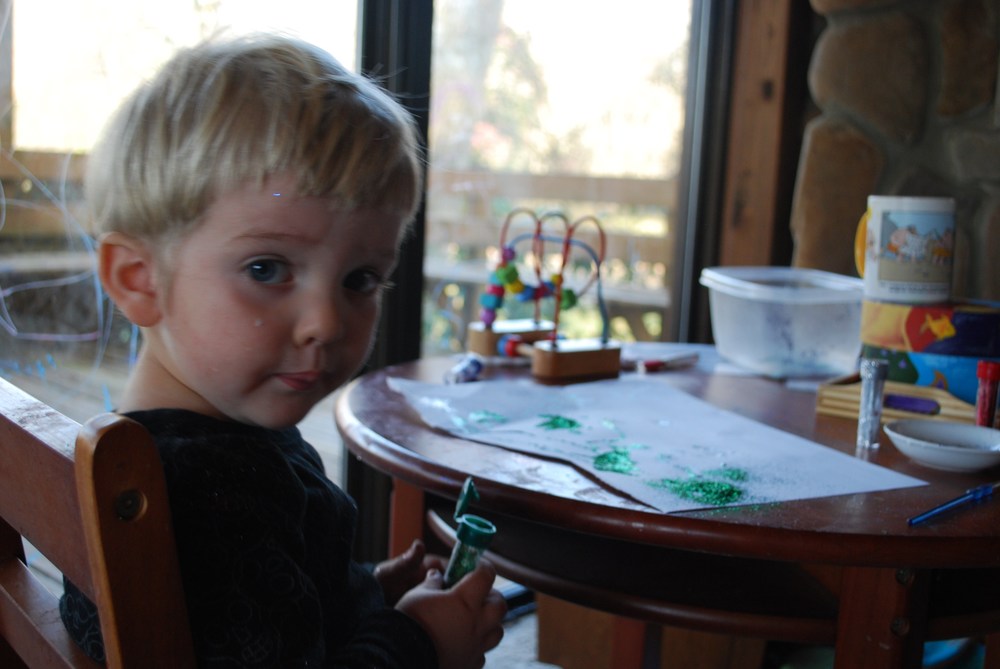 He was really excited about the shaking motion, though.

On another day, I showed him how to sprinkle salt on a wet watercolor to make little stars. Again, the shaking motion was what really got him.

He emptied four tubes of glitter in under an hour. That was over a week ago, and we’re still up to our ears in the stuff.

Now I’m trying to think of less messy/wasteful ways to indulge this shaking impulse. Step one is to get some screw-top salt shakers. The cheap glitter I bought isn’t refillable. 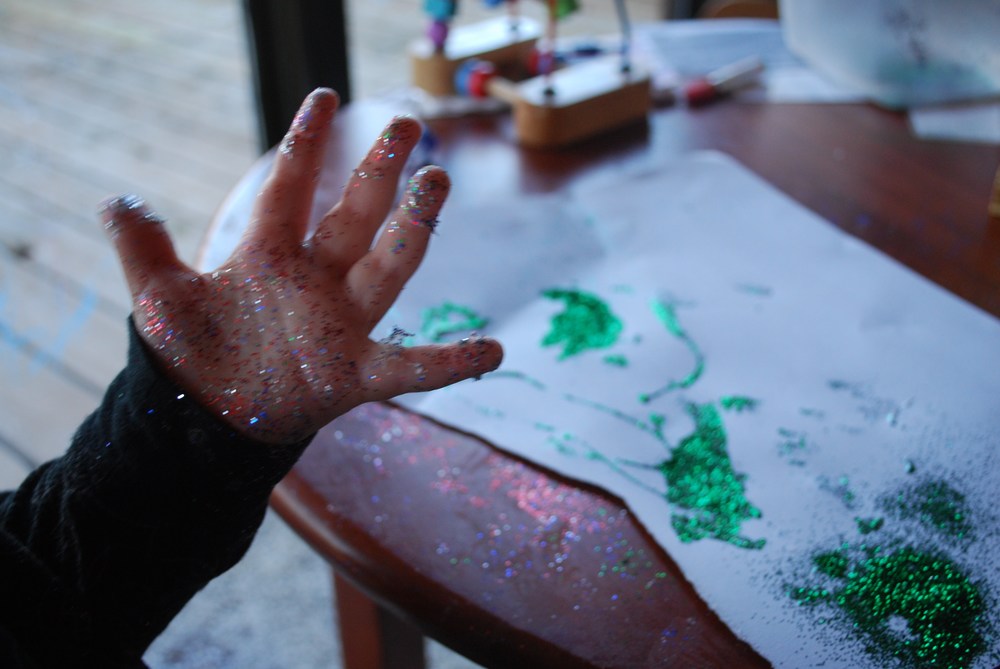